One of Singapore’s most popular savoury snacks is otah. Commonly served with nasi lemak and Katong laksa, and of late, sandwiched between buns, otah is typically made with Spanish mackerel fish blended with a variety of ingredients such as lemongrass, chilli, turmeric, shallot, garlic, candlenut, shrimp paste and coconut milk.

The blended fish mixture is traditionally wrapped in attap leaves or banana leaves before being grilled over a charcoal flame. There are also steamed or baked versions.

For a taste of homemade otah produced in small batches, order from these 4 home-based otah purveyors (listed in alphabetical order).

Chefcrackling sells frozen or chilled halal White Otah Bun and Charcoal Otah Bun (in boxes of 10), stuffed with fresh mackerel otah, best eaten after steaming for about 10 to 15 minutes. It also offers frozen Otah Fillet which can last up to one month in the freezer. Free delivery is offered for orders of four boxes and above. 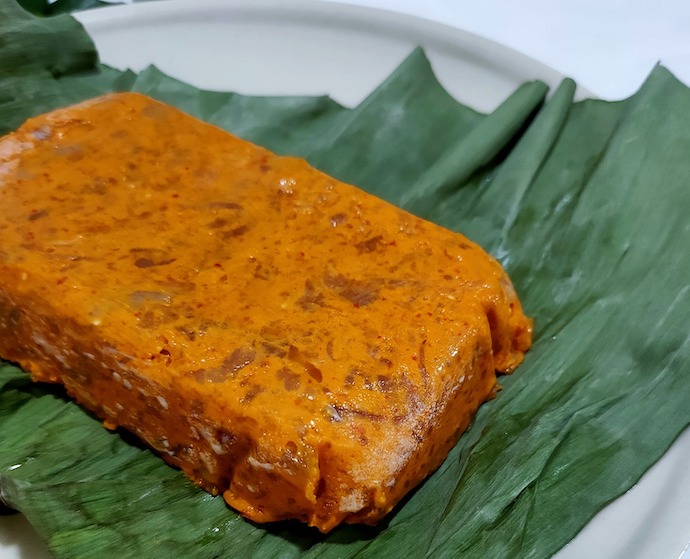 Fisherman Otah makes Mackerel Otah and Parang (wolf herring fish) Otah, with the option of adding aromatic kaffir lime leaves into the otah. Its otah is made with homemade chilli paste and fresh fish bought from the fishery port in the morning and cooked within the same day. Otah are sold in packets of five, 10, 15, 20 and 50, with free delivery for orders of 20 packets and above

Otahku offers halal-certified Otah Paste (sold in 180g, 500g and 1kg) as well as Original Otah Buns and Charcoal Otah Buns filled with Otah Paste. The Buns are sold in a box of 10, with free delivery for orders of 10 boxes and above.

Besides its Signature Classic Otah, Shiok Shiok Otah has come up with creative versions such as Cheesy Cheese Otah and Tobiko Special Otah. It offers a Family Set of 20 pieces from $30 and a Party Set of 50 pieces from $75. Free delivery for orders of 50 pieces and above.

6 March Activities At Gardens by the Bay

6 March Activities At Gardens by the Bay

Singapore bookasean - March 2, 2021
It’s springtime at Gardens by the Bay and there is an abundance of attractive flowers blooming at the Flower Dome waiting to be discovered. Besides...

Singapore bookasean - February 24, 2021
Need a break from cooking or planning your daily meals but don’t want to eat out or queue for takeaways? Get nutritious, satisfying food delivered...

Singapore bookasean - February 18, 2021
History and heritage buffs are in for a real treat as they’ll be able to explore historic sites that were previously off limits through...

5 Fun Things To Do With The Family

Singapore bookasean - February 16, 2021
Looking for fun activities to bond with the family? Here are 5 ways to spend quality time with your family while having loads of fun! Play...

10 Mall Eateries With Noodle Dishes Under $10

Singapore bookasean - February 11, 2021
Love noodles and can eat them every single day? We have rounded up 10 eateries where you can slurp your noodles in air-conditioned comfort and...

Singapore bookasean - February 9, 2021
Whether you’re a history buff, heritage enthusiast, culture vulture or foodie, there’s a tour for each one of you. Put yourself in a tour...
© Southeast-asia.com