One of Myanmar’s busiest cities, Yangon offers plenty of attractions for exciting explorations and discoveries.

The former capital of Myanmar was founded by King Alaungpaya of the Kone Baung Dynasty when he took the village of Dagon in 1755. The king named the settlement Yangon which means “end of strife”.

The city has a unique charm, with its tree-lined streets, green parks, serene lakes and colonial era buildings, coupled with the hustle and bustle of street vendors and thriving markets.

No visit to Yangon would be complete without checking out these four places. 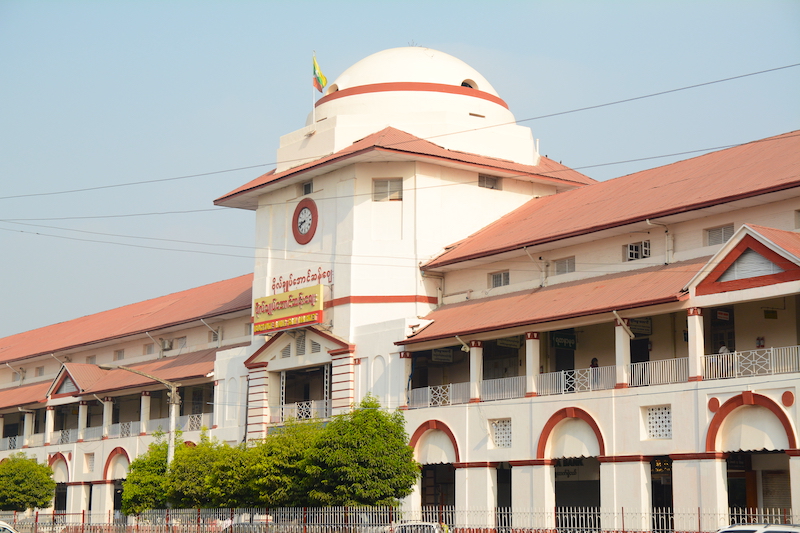 Did You Know?
Built in 1926, the market was originally known as Scott Market, named after Mr. C. Scott, the then Municipal Commissioner. It was later renamed Bogyoke Aung San Market in honor of the country’s national leader, General Aung San, who was assassinated in 1947.

Insider Tip
The market has one of the largest selections of traditional longyi and gemstones. As sellers consider the first sale of the day to be very auspicious, arrive at the market early to enjoy some of the best prices.

To escape the intensity of the market, stop at the nearby Holy Trinity Cathedral for some peace and quiet contemplation.

Famous For
Myanmar’s most revered Buddhist pilgrimage site and the nation’s most beloved landmark. The pagoda is said to enshrine sacred relics such as eight strands of hair from the head of Gautama Buddha, a piece of the robe believed to have belonged to Kassapa Buddha, a water filter attributed to Konagamana Buddha and the staff of Kakusandha Buddha.

Did You Know?
According to archaeologists and historians, the 99m-high pagoda which sits on top of Singuttara Hill, was built by the Mon people, an ethnic group from Myanmar, between the 6th and 10th centuries AD.

Look Out For
Its main gold-plated dome is topped by a stupa that is encrusted with 7,000 diamonds, rubies, topaz and sapphires, offset by a massive emerald that is positioned to reflect the last rays of the setting sun. The tip of the stupa is said to contain a 72-carat diamond.

Insider Tip
Lifts and wheelchairs are available at the pagoda’s southern entrance.

Cover up your knees and shoulders, and remove your shoes and socks before entering the pagoda. You can borrow the traditional longyi (long piece of cloth similar to a sarong) at one of the four entrances to cover up.

To see the pagoda from a different perspective and for a quieter stroll, take the lower footpath encircling the compound. This pathway is accessible from all four entrances and is not as frequented by tourists. 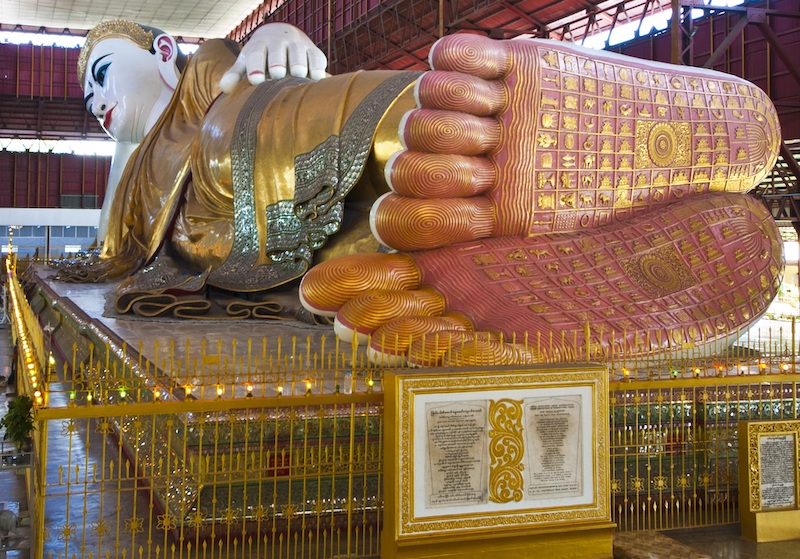 Famous For
Its huge 65m-long, 16m-high reclining Buddha image which is housed in a metal-roofed shed.

Did You Know?
Clad in a golden robe and adorned with a crown encrusted by diamonds and other precious stones, the Buddha image features a white face, red lips, blue eye shadow and red finger nails. Its eyes are made of glass imported from Japan and its eyelashes are made from the feathers of a peafowl.

Look Out For
The soles of the Buddha’s feet showcase 108 segments in red and gold colours, with images that represent the 108 lakshanas (auspicious characteristics) of Buddha. Close to the Buddha’s feet is the small shrine of Ma Thay, a holy man who had the power to stop the rain so that sailors could have a safe journey.

Insider Tip
In the vicinity of the pagoda are monasteries that house over 600 monks. See how the monks honour Buddha’s teachings and get a glimpse of their monastic lifestyle. 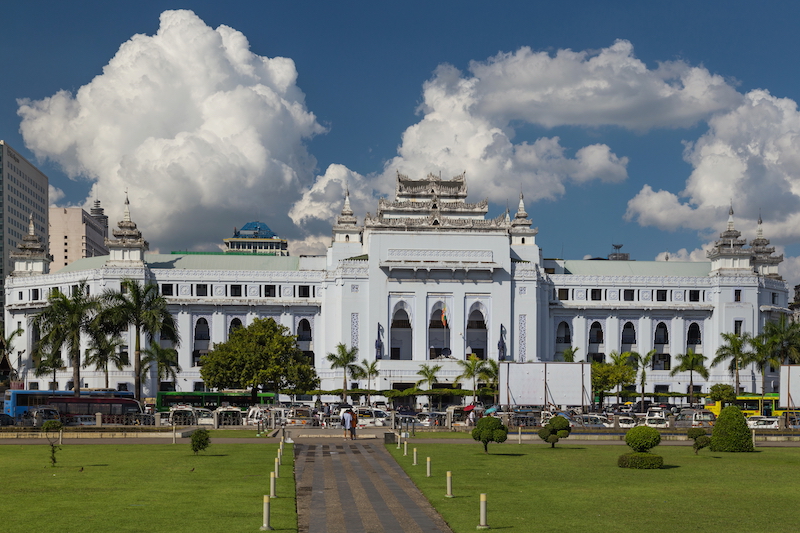 Look Out For
Check out the traditional Burmese peacock and the Myanmar flag at the main entrance, and see the Municipal Corporation of Rangoon insignia on the iron gates at the back of the building.

Insider Tip
To capture the entire building in a single image, take your shot from Maha Bandula Park just across the road.

Opening Hours
10am – 4pm, Monday to Friday (closed on Saturday and Sunday)


To explore Yangon and discover the best things to do in the city, click here to book a tour.