A must-visit for art lovers, the National Gallery Singapore oversees the world’s largest public collection of modern art in Singapore and Southeast Asia. Opened in November 2015, the visual arts institution is housed in the former City Hall and Supreme Court buildings, two heritage buildings that have played a monumental role in Singapore’s history.

The Gallery is home to over 9,000 artworks from across Southeast Asia spanning the 19th century to the present.

From now till 31 July 2020, the Gallery is offering FREE ADMISSION to its long-term galleries and ongoing exhibitions. Collect your Gallery Pass at the Ticketing or Information Counters.

Don’t leave the Gallery without getting a close-up view of these five art pieces: 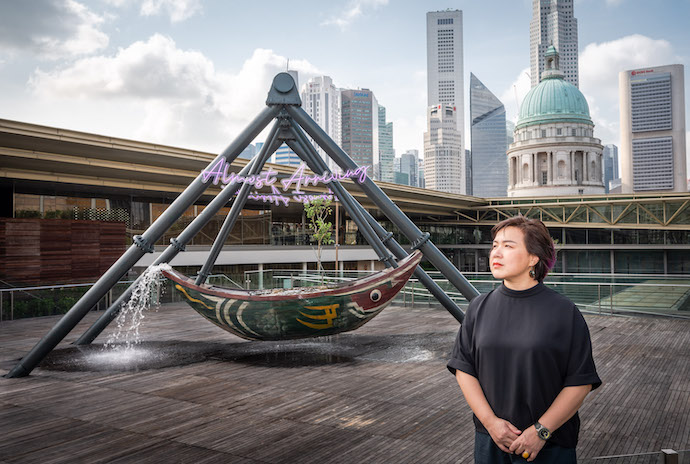 The first kinetic sculpture to be installed at the Roof Garden, this spectacular 5m-tall structure of a swinging wooden ship is accompanied by four different soundscapes. Created by Cao Fei, one of China’s foremost contemporary artists, the installation’s title refers to a Chinese fable about a raft that traverses both the Milky Way and the sea, suggesting faraway journeys in unexplored waters. 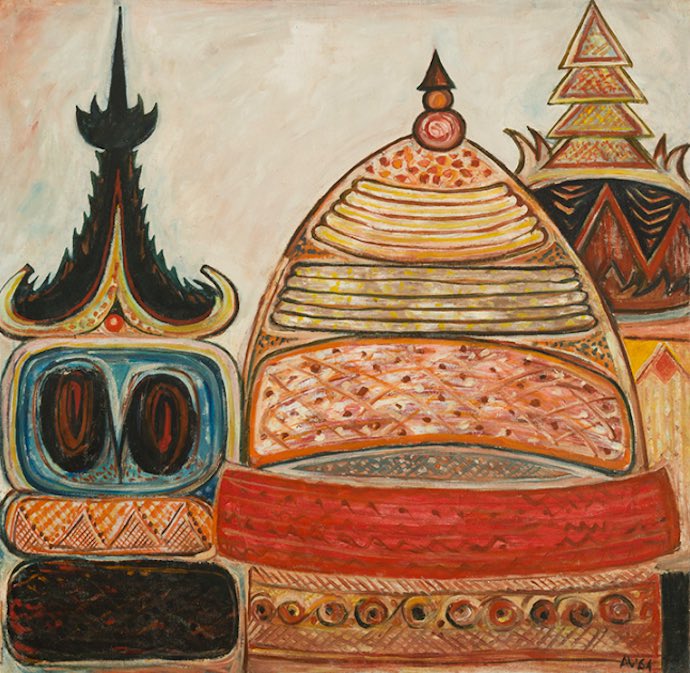 This painting by Malaysia’s leading modernist painter and poet Latiff Mohidin is one of his earliest Pago Pago paintings and was made when he was travelling across Southeast Asia in the 1960s. Mohidin coined the phrase “Pago Pago” to evoke the consciousness that emerged through his travels. It was a way of thinking and working that sought to challenge the dominance of Western modernism at the time, and led him to explore a unique approach to form in his painting and poetry. 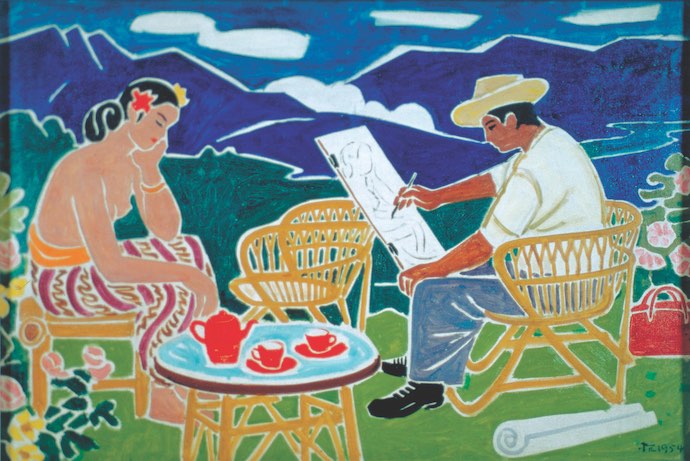 This painting by Singapore artist Liu Kang depicts fellow artist Chen Wen Hsi sketching a model. Based on a sketch done in Indonesia, this is one of the earliest paintings which highlights the role of local artists in imagining, reconstructing and projecting the region. 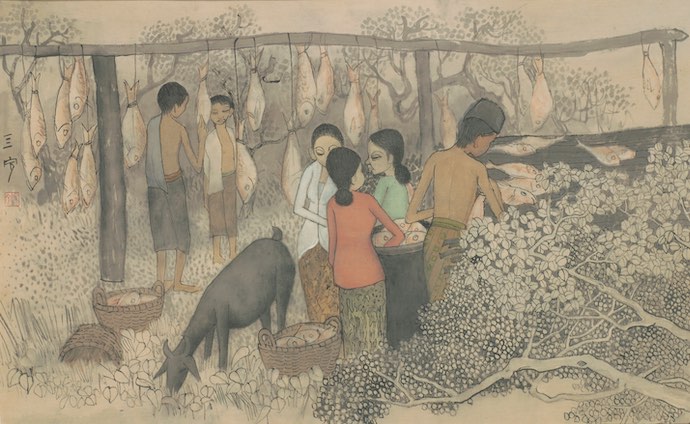 Scenes of salted fish drying in the sun were a common sight from the 1940s to 1960s, especially along the coast of Singapore and Malaya. This iconic painting by Singapore artist Cheong Soo Pieng is featured on the back of Singapore’s $50 banknote. Cheong uses Chinese ink painting techniques and Western fixed-point perspective to depict a local scene. 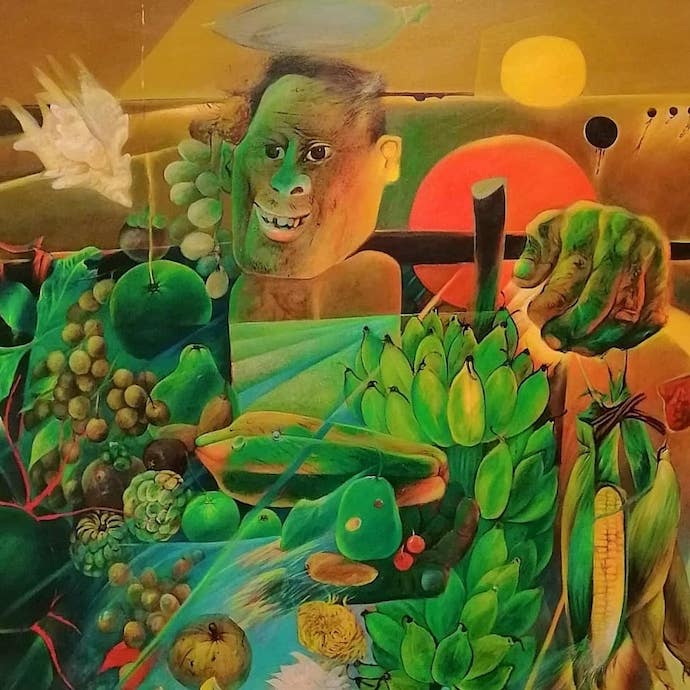 Self-taught Thai artist Pratuang Emjaroen’s works are driven by his concerns about the vicissitudes of life, social problems, nature and Buddhism. In this painting, the beaming man with a bountiful harvest belies a more sinister reality, suggested by the four black dots in the upper right corner of the painting that symbolise bullet holes.

Singapore bookasean - January 19, 2021
Singapore’s parks and Park Connector Network (PCN) offer a fun and easy way to explore the many green spaces spread out across the country. The...

Singapore bookasean - January 15, 2021
Star Wars fans, get set for an exciting intergalactic adventure at Star Wars Identities: The Exhibition at ArtScience Museum from 30 January to 13...

Singapore bookasean - January 12, 2021
Looking to engage in some fun activities or even learn some new things during your staycation? Besides a comfy, luxurious room and breakfast, these three...

Singapore bookasean - January 5, 2021
No Chinese New Year celebration would be complete without pineapple tarts. These buttery, crumbly sweet treats are must-haves during the festive season not just...